Dealdey.com has done what sites like livingsocial, scoutmob did in America. It has replicated Groupons model of group buying discount deals, but in this case they are focused on the Nigerian Market.  Dealdey launched in 2011, and have achieved massive success in just 3 short years, picking up funding of $1million dollars along the way, from Swedish venture capitalists Kinnevik.

Customers can sign up on the dealdey site, and make payments by depositing money in partner banks, or making mobile payments.  They will then have access to thousands of deals for local restaurants, spas retails shops etc. 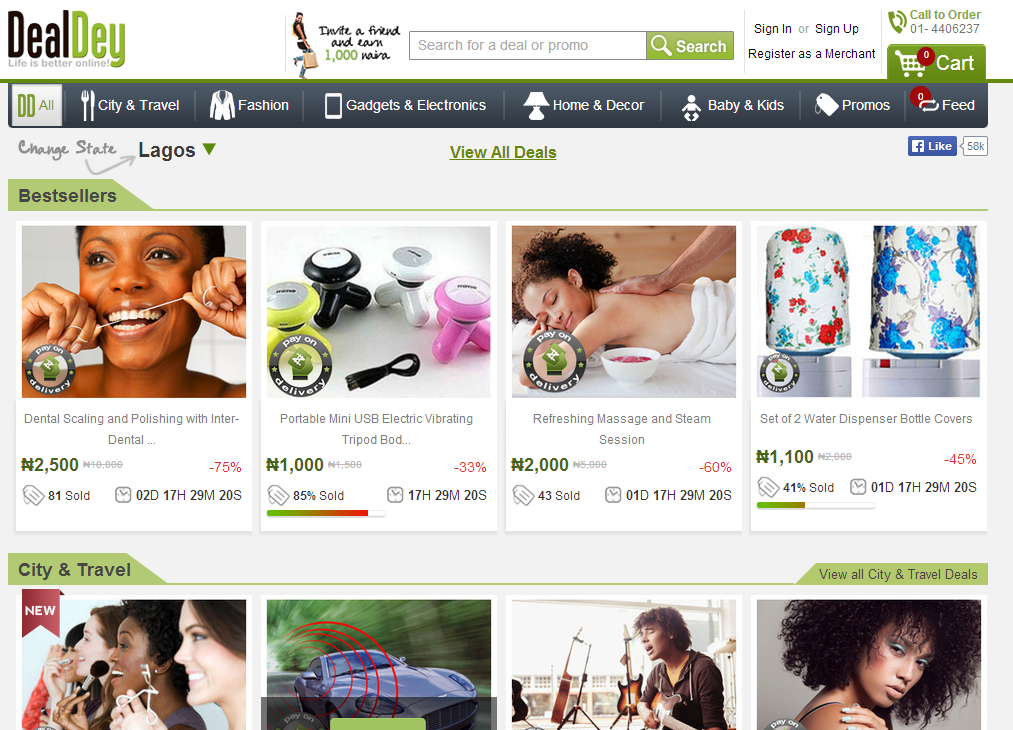 Dealdey is one of the fastest growing ecommerce sites in Nigeria, but can the growth be maintained?

If it is indeed following in Groupons footsteps, the future does not look bright.

Groupon was one of the hottest e commerce sites in America after it launched in 2008.  In 2010, Google offered $5.3B to acquire Groupon.  Groupon subsequently turned them down and went public.  Unfortunately, the company is still struggling to consistently figure out how to generate profit for its public shareholders (I am sure the private shareholders cashed out!).  One reason for this could be the large number of competitors that have jumped into the space since they launched.  It is a lot harder to make money, when there are 5 other people doing exactly what you are doing.   In addition, many of the businesses did not see the value in offering deals on Groupon, since the customers that came through Groupon were not loyal.  There is a lot of truth to this.  I know I only sign up for Bikram yoga classes whenever I get a discount, if I dont have a deal I will just stretch at home!

If Dealdey is to continue in its current progress, it should learn from the mistakes of Groupon, keep an eye out for competitors in the rearview mirror, and as always…………………….Stay Mobile!

Now you can register your “.Africa” (DotAFrica) domain names→

These African Cleantech startups are on the rise→