Last month, Meetup.com, one of the largest Event organizing websites in the world came under attack……..a cyber attack.

Distributed Denial of Service, is a cyber attack where a hacker uses a virus to send multiple requests to a server.  The high volume of requests makes it impossible for normal internet packets to process, and as a result this prevents users from gaining access to the website. This is what happened to Meetup on the 27th of last month.

You might assume that a company as large as meetup.com should be accustomed to a high volume of daily internet packets, and thus should have easily been able to handle such an attack.  The answer is no, not at this volume.  The DDoS virus will make use of thousands, maybe even millions of computers to send internet packets every millisecond to the targeted website, this would bring down even the most robust websites.

DDoS attacks are nothing new, but they have increased in activity over the last few months.  Since we focus on Tech in the African market, it got me wondering how often such attacks occurred on the continent.  There must be a way to find out what regions have fallen victim to this attack, and thanks to the good folks at Google ideas and Arbor Networks there is  a way, and it is called Digitalattackmap.com! 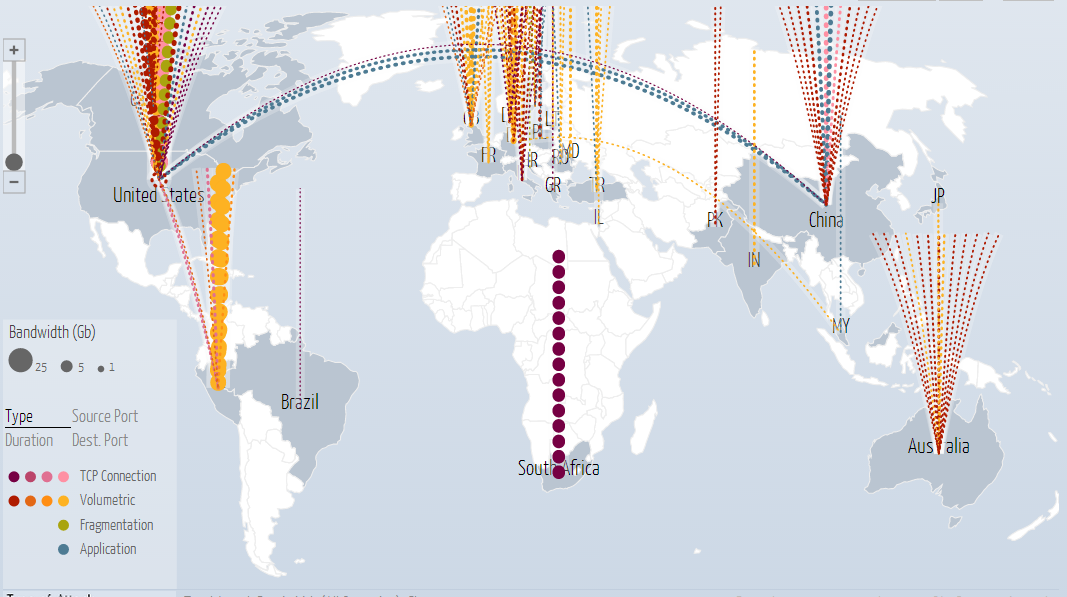 This chart gives a snapshot of the top daily DDoS attacks. Cool map!  As of today, South Africa is the only country in Africa under a DDoS cyber attack (Well at least the only one reported as of the time we took that snapshot). What we can also learn from this map is that the US is the victim of the most attacks, and apparently a large chunk of those attacks originate out of China.

I am  not surprised to see South Africa on the Map.  Last August MTN, one of the largest mobile carriers in Africa fell victim to a DDoS attack that lasted a few days, but is South Africa the only victim in Africa?  I looked around on the map and found some other African countries have also been involved in DDoS attacks.  The map below is from October 3oth 2013.  Ghana and Egypt show some activity in addition to South Africa again. 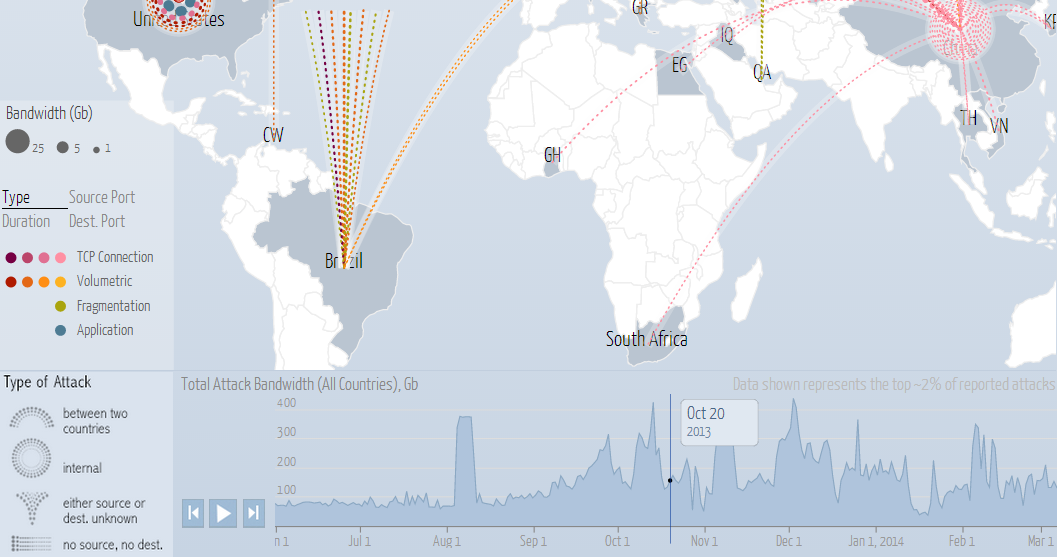 Further investigations showed Nigeria and Kenya also had a few instances of spiked bandwidth. The spike in bandwidth tells you how much bandwidth was used up at the time, making it unavailable for real users to gain access.

So far so good, Africa is not a big target, but as the continent rapidly accelerates its tech IQ, it would be naive to assume this map will look the same a year from now. Steps need to be taken today to prepare for this, and you know what we always say……………………………………….Stay Mobile!